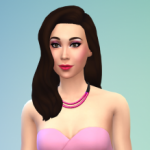 Pandypink Posts: 165 Member
August 2016 edited August 2016 in The Sims (2000)
I know to actually play the game you need that patch someone released but unfortunately this requires you to have the game already installed. When I click on the setup.exe file, nothing happens. Has anyone been able to install Sims on Windows 10?
Post edited by Pandypink on August 2016
Sims 3 Wishlist
0