White
Sign In · Register
Home› Off Topic Chat
September 24 - Everyone ready for the Friday Highlight? It's ready for you here! 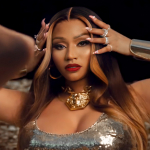 At the beginning of the game, the Moderator will secretly send everyone their role. The Mafia will know each other, while (in the basic game) everyone else will only know their own role.

The game has two phases, the first of which is Day. During Day, the Town must choose someone to Lynch; they are trying to eliminate the Mafia, but the Mafia can lead them astray by casting suspicion elsewhere. Generally, players will vote for someone they think is Mafia (the Mafia will vote so that they seem to be doing this as well, and might even vote for each other to confuse the Town); when a player gets a majority of the votes, they are lynched. Their role is revealed by the Moderator, and it becomes Night.

During the Night, no one can talk publicly. The Mafia, however, can speak to each other privately to plot strategy and decide who to murder before the next Day begins. In this way, they can silence members of the Town who are threats to them. At the end of the Night, the murder is carried out and another Day begins. In effect, the Town gets to kill someone, and then the Mafia gets to kill someone.

The game alternates between Day and Night until either the Mafia are eliminated, or the Mafia have killed everyone else (or nothing can prevent the same).

Here's also an information of roles distributed in games: https://wiki.mafiascum.net/index.php?title=Category:Roles_Main_Page

FoS – Finger of Suspicion. This means the person(s) you suspect the most to be mafia.
PoE – Process of Elimination
NL – No Lynch.
Scum – Not townsided.
BP – Bulletproof.
MyLo – Mislynch and Lose
LyLo- Lynch and Lose
NK – Night Kill
N# - Night Number
D# - Day Number
VT – Vanilla Townie
PR – Power Role
Sus – Suspect
SK -Serial Killer
CC - Counterclaim.
Quick Lynch - Lynching someone quickly.
ConfTown or ConfScum - Confirmed Town or Scum.
Vig - Vigilante - A town sided role that has the power to kill someone either during the day or at night (number of shots vary).
ML - Mislynch.
Rules, Regulations, and Guidelines for Players and Moderators

For Players
For Moderators
That's all! I'll probably add more into this.