White
Sign In · Register
Home› Discussion› The Sims 4 General Discussion
January 15 - Is everyone ready for the Friday Highlights? Check them out here.
Welcome to all new Simmers joining us over the holiday season! 🎉 Have fun on the forum and please make sure you check out the forum rules and
the rules about necroposting.
December 22 - It's the time of year again: Join the 12 Days of Simsmas! 🎄 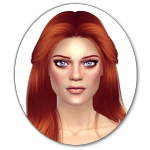 SURVEYMONKEY DID NOT WORK OUT, I'VE HAD TO CLOSE MY ACCOUNT RATHER THAN FACE OVERAGE CHARGES. WE DID MANAGE TO GET OVER 1700 RESPONSES ACROSS ALL SOCIAL MEDIA PLATFORMS THOUGH, SO CHECK OUT THE RESULTS!

"Most simmers think..." "Everybody feels..." "We all know..." How many times have you seen a comment, or heck, POSTED a comment with a similar phrase? But do any of us really have a clue what the forum community feels? We've got petitions, we've got boycotts, we've even got specific play style support threads, but we have no neutral, all-inclusive, no-obligation, census! Well... WE DO NOW!

One rule to rule them all though: absolutely no fighting in this thread. Do not make me pull this thread over. This is a thread of logic and statistics. It is also important to note that even if the answers reveal that one group or another is in the minority it DOES NOT NEGATE THE IMPORTANCE OF THAT GROUP. #allfeaturesmatter #playnice

Before you read the responses, please consider the following:

1. These responses were gathered from MAINLY forum users, and so there will be a larger margin for error when applying these percentages to the sims community as a whole. I don't think it would be wildly irresponsible to look at these numbers as being representative of the larger community, so long as you take it with a grain of salt and understand that the responses will be most accurately applied to forum users only.

2. While these numbers represent a general trend among forum users, they do not definitively say who is 'right' or who is 'wrong', that is not the point of this data. This is for us, and for the devs, to get a general sense of what percent of the forum community feels one way or the other. Look at it this way, even if 95% want a feature, that does not mean the feature is possible within the game engine. Similarly, even if only 5% of the community want a feature, that does not mean they should be ignored because they are a comparative minority. 5% of the total audience for the game is still a giant number of people and potential sales, and if that feature is easily added to game with minimal resources, it could very well make sense to add it despite it not being 'demanded' by the majority.

3. One thing this survey proves beyond a shadow of a doubt is that we all love this game enough to suffer through my awful jokes, which is something I hope we all hold on to as we analyze and discuss the results. #wearefamily

And so without further adieu...

CLICK THE SPOILER BELOW TO VIEW RESULTS:
RESULTS ARE IN! Thank you all so much for your time, you are all beautiful and wise. I hope this data will help us get some perspective, and better understand each other! Please keep any discussion of the results civil, and use empathy when interacting with other simmers - or other humans, or dogs, or llamas, or geese... no never mind, don't try to be empathetic with geese, they're terrible creatures who will bite you as soon as look at you. #CanadianProblems

CLICK THE SPOILER BELOW TO VIEW CENSUS FAQ:
1. Why bother taking a census of the forums? There are too few of us to matter, none of this is representative of the sims community at large.

Au contraire mon fraire! Sample sizes do not need to expand once a population reaches a certain level of density. In fact, even just several hundred responses is more than large enough to produce an acceptable margin of error, even for a population as large as the sims community.

“The mathematics of probability proves the size of the population is irrelevant unless the size of the sample exceeds a few percent of the total population you are examining. This means that a sample of 500 people is equally useful in examining the opinions of a state of 15,000,000 as it would a city of 100,000.” -Scott Smith, Ph.D.

So you see, we are all icebergs – below the visible members are thousands of others who feel the same way but do not communicate their feelings publicly. Is it statistically possible that ALL the people who feel a certain way are on the forum, and EVERYONE who is not on the forum feels differently? I suppose… but it’s pretty close to being statistically impossible.

Because I'm altogether far too curious for my own good, and forming opinions without any numbers to support them makes me squirm. The real question is why do you care if I care?! Who sent you!? Who do you work for!? Ahem, sorry. Just shush and take the survey. Shhhhhhussshy.

3. What will you use this info for?

Backing up my wild sweeping statements about the sims while chatting with you lovely folk, most likely! So stand up and be counted! I didn't make this for my own personal confirmation bias. Surprise me, simmers! Tell the truth and tell your friends!

4. Do I have to give out personal info?

Absolutely not! I told the survey thingy not to track IPs, and not to allow double posting. Not sure how it does both, but it claims it can, and hey, that's SurveyMonkey's problem.

5. Are you going to put this on other social media?

I tried my best, but the limitations of the survey host I chose forced me to shut down the collection of external votes way too early. The results from other platforms have been included in the overall results, with the breakdown explaining where the votes originated from. The survey was shared via the following sites:

Well, there are a couple of reasons. First, when I made the survey I was only allowed to ask 10 questions each time because I only had a free account. I decided to keep it really concise. Second, I don't want to waste your precious time by asking you to get really specific. I would like to make more surveys to cover other more specific fields of simterest - once I find a free web host that isn't awful. Make your suggestions in the comments and I will try to oblige you when that time comes!

If you would like to discuss any of the questions, suggest questions for future surveys, make predictions about the results or tell me how awesome my hair probably looks today, you are welcome to!

9. You think you're pretty funny, dontcha?

Yup, you caught me! You may have noticed I'm not trying to be super serious - after all I think we all tend to forget this is a game, and we're meant to be having fun! So let's try to keep it light and not devolve into judgement or negativity toward one another. Mmmkay? Good stuff. *High fives everyone*

10. What if non of the answers you've provided accurately represent my feelings on the topic?

Fair enough, I have received feedback that in future I might want to provide the option 'other' in some categories, and provide a wider range of responses to some questions. Unfortunately I am not able to add new responses to the open survey, but I really appreciate the feedback and will take that into account in future! If you don't feel comfortable answering with the responses I used, go ahead and skip the question! Sorry about that!