White
Sign In · Register
Home› Feedback› The Sims 4 Game Feedback
July 1st- It's time for our Friday Highlights! You can check them out here!
The Sims 4: High School Years EP launches July 28th! Click here to find out more!

Sims 4 Not So Happy Play Thread &amp; Neutral , No Bashing just your thought's 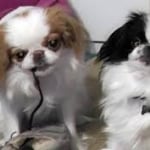 BlueBlack007 Posts: 4,478 Member
May 2016 edited May 2016 in The Sims 4 Game Feedback
Here is a place for those of us who are not so happy with the Sims 4 right now, and those who are Neutral, those that are Happy can also post here, as long as they do not try to bash the one's who are not happy with the Sims 4, I figured I would make this Post since the other's only seemed to want to make a Happy Post, We are not here to Bash the Guru's or the company, just thought's about what other's are having trouble with in the game and do not like, thank you.
25