White
Sign In · Register
Home› Off Topic Chat
The Sims 4 will be FREE to download across PC/Mac & Consoles on October 18! More info here: here
September 23rd- It's time for our Friday Highlights! You can check them out here!

The Sims - A Mafia Game - Game Over 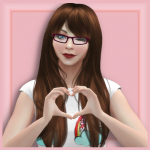 1. You may not speak to anybody about the game outside of this thread, unless your role permits.
2. You may not edit your posts. If you say something suspicious, tough. If you make a stupid typo, tough. It stays to get picked apart by the other players.
4. You may not change your vote once it is cast. You must bold your vote to count.
3. No hidden messages - invisi-text or anything else.
4. Role-claiming is not forbidden but is frowned upon. You may role-claim if there is some strategic reason, but not to save your own butt from a lynch or to out another players role.
5. Lynches will finish once the day has ended. You must vote before then. I will link to a timer. If all votes are in before the day finishes, then the day will end early - presuming I am awake and able to do so!
6. Days will last 48 hours, Nights will last 24 hours.
7. This is a game that involves lying and accusing each other of nefarious deeds, try not to take anything personally and please be nice to each other. Feel free to PM your host if you are getting stresses or feel personally attacked.
8. I know some of you have played before - like I said in sign-ups and your other forum, I have come from a site that plays it slightly differently. Do not assume anything about how the roles work/interact, if in doubt then ask. I will not clarify anything in the thread unless specifically asked.
9. Speaking on-topic at night is not forbidden.
10. Dead players are out of the game and may not speak on topic in the thread or to any players that are still alive.
11. Please feel free to ask as many questions as you like, either in the thread or via PM. I will help & clarify as much as I can.
12. You must not post PM's from the host in the game thread.
13. If you think I have made a mistake, do not hesitate to PM me. I am human.
14. Have fun!!!
15. ADDED - You may not target the same player on consecutive nights.

Day one - Your host is dead.
Night one - Don Lothario has his head chopped off
Day Two - Katieeee is not killed by The Goths
Night 2 - Nancy Landgraab is taken to the gallows
Day 3 - Mrs Crumplebottom sharpens her knitting needles and takes out some aggression on Joyfulsims. The Goths off the Iceman.
Night 3 - Cassandra Goth is crowd surfed to her death
Day 4 - Katie survives another attempt on her life. Nervous takes out Scillakees