White
Sign In · Register
Home› Feedback› The Sims 4 Game Feedback
January 27th- It's time for our Friday Highlights! You can check them out here!

Are you guys sure that you really want toddlers? 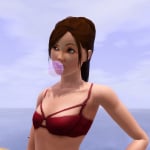 king_of_simcity7 Posts: 25,089 Member
February 2016 in The Sims 4 Game Feedback
OK before everyone gets excited, I am not trying to pick a fight with anyone, however I am curious to why so many people are still speculating that EP3 might be about toddlers, when it won't be out for months yet and no announcement will be made for a long time either.

The thing is, I see across these forums players saying they will not be happy until toddlers are added like they are some sort of 'given right' in the game. Yet lets look forward, and say toddlers where actually added, would you really enjoy playing with them? I mean, what can you do with toddlers other than teach to walk, talk, potty train and ready books. Ok, they might play with toys, they might be able to play with other toddler and they will make cute pictures but what else?

Will these toddlers be able to get a job? Go on a date? Get married and have kids of their own? Not while they are toddlers of course so aside from being cute, and they would certainly be an improvement from being a baby growing straight into a child, I can't really see what value they would give to a Sims game other compared to other life stages.

Now lets look at weather or not they are considered 'base content' and weather people should pay for them. I don't actually have much to say on that, they have never officially been regarded as base content, only other than they appeared in two previous Sims games. One popular suggestion is that if they ever came back in a 'Generations EP' then they could come for free in a patch. Ok cool, but then what would be the point in a Generations EP if you get toddlers for free anyway? A few interactions, a new town to play in and some clothing? Sounds more like a GP to me?

One of popular suggestion is that pre teens could come in an EP, so you get toddlers for free but to get the pre teens you have to pay for the EP. Sounds good for those who want them but now you have two life stages being made, that is twice the amount of coding to make the animations, twice the amount of testing ad twice the amount of time that will be needed to make such an EP, and why should a never been seen before preteen life stage be used to be a 'pull factor' to get people to buy an EP that would compensate toddlers being given for free?

Am I getting at something here?

Now I have been speaking to a lot of Simmers, there are many who have different opinions, some where disappointed with TS4 for a number of reasons and have long since moved on while others enjoy TS4 and do not even want toddlers in the game, nor do they want a Generations P to be thrown out just to appease people. A lot of players want a strong and stable game and to see other issues to be addressed first. I said this a few times lately but it seems that there are much more important things that need to be dealt with people more content is thrown out. Culling is an issue I see mentioned a lot and if that is an issue, then how would that be improved when you start throwing toddlers into the mix?

A lot of players are concerned about the 'silence' over the situation and there are some very good threads about that, but to be honest, I can't blame the devs to keep quiet on things. At the end of their day if they cannot talk about future content, then that is the way things are going to be. If I was a dev and working on a game, the last thing I would want to see every single time I go online is floods of messages from disgruntled players about content they want while at the same time I am also seeing compliments from happy players.

The way I see it is this, if you don't like a game, don't play it, no one is forcing you to buy any more content for that game. I have been disappointed by games before as well, Tomb Raider 2013 being one big kick in the teeth to me, yet their was a popular following so I just shrugged it off as not being the game from me and I moved on from it, loading up TS3 and all was well again

So my purpose of this thread is not to debate with anyone, but I clearly have a few things I want to say for a while, toddlers are not the be all and end off of The Sims, they are a minor life stage and if you cannot enjoy other aspects of the game, then I don't think you will enjoy the much more with toddlers either. If you are happy with TS4 however, I do apologise for the hate you must have top see every day. I do not play TS4 myself for my own reasons and I have stated my reasons before but I respect other people's opinions as we are all Simmers at the end of the day

Thanks for reading and if you are going to respond then please do so respectfully and refrain from attacking others if their points of view differ from your.