The Art of Sims Storytelling 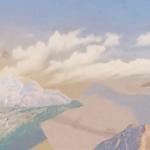 @CathyTea and I were talking, and we thought we'd try making a thread that would be focused solely on writing, especially Sims story writing. The writers' lounge thread is great for being a lounge, but a separate space for more in-depth discussions with a slower pace and less immediate burying of posts could be good too.

I'm not good at making lists and rules, but here are some suggestions for things to talk about here:

I want to emphasize that this thread is open to everyone, no matter what and how you write.

I've learned in the last few years that sometimes stuff like this can intimidate people, but we are definitely not trying to be elitist or pretentious or intimidating or anything here. Everyone is welcome, and everyone, from people who just read Sims stories to people who write commentary legacies to people who write hardcore Simlit, has something to contribute.

I hope we have fun here!

Sometimes the darkness and I tell stories.
Surreal Darkness
15