White
Sign In · Register
Home› The Sims 3› Creative Corner› The Sims 3 Stories and Legacies
Never met your online BFF but want to? Share your story with us here for a chance to win an all-expenses paid, meet up with your BFF IRL.
The Sims 4 will be FREE to download across PC/Mac & Consoles on October 18! More info here: here 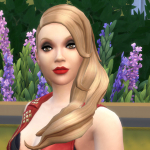 NewToTheSims Posts: 1,160 Member
October 2015 edited October 2015 in The Sims 3 Stories and Legacies
Hello everyone. I'm also known as LateKnightSimmer, and I write stories with the Sims3. I have a ten generation legacy based on Pinstar's original legacy challenge. I don't often follow rules to a T, and I am not keeping points. However, I will be doing this until I hit ten generations. This legacy is called Echoes of Eternity and I have been writing it since 2013, using Blogger. I used to post my updates in one of the update threads on this forum, but I've felt lately like I wanted my updates to have their own home. First a little basic information about my story.

Now some nitty gritty information... I am very inspired by movies and television shows, so each generation has a theme that is inspired by a movie. I've basically found a quote from a movie and based the generation off of that, similar to how the musicasy legacy style works. This story is much better when it's read from the beginning because I write in such a way where I build off of previous chapters. Chapters are denoted by the heir's first name plus a number, and then a chapter title. I do not have a set number of chapters that I need to hit in order to finish a generation, I'm just going off where the story takes me. If I need more chapters, then so be it. If I need less, then so be it. The beginning of a generation will be denoted with "premiere" along with the heir's name and the end of a generation will be denoted with "finale" along with the heir's name, in the spirit of movies and tv.

So far I haven't had my Sims have multiple kids yet, but in the event that it happens and there is more than one boy to choose from, (since I'm doing a patriarchy) and I don't have one I am set on becoming the heir, there will be a potential for heir votes.
Post edited by NewToTheSims on October 2015