White
Sign In · Register
Home› The Sims 3› Creative Corner› The Sims 3 Game Tools
To read the January 21st Inside Maxis Sims 411 Recap, click here
January 21st- It's time for our Friday Highlights! You can check them out here! 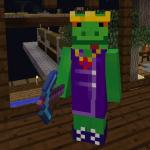 **I have pulled this from the Exchange due to the .world file developing some mysterious affliction when I changed the world ID to allow me to upload a later version of the same world, you can now find the original unbroken version on my tumblr**
http://frogprincessq4.tumblr.com/post/132904573041/great-southern-land

The world is pretty much at its final stage for now. No sims and not much more than the basic lots, but I am done for the time being, I think. I'm burnt out again, anyway. There is plenty of room to add your favourite lots and sims from your library, but everything you need plus a few extras are in place.

Great Southern Land is a huge map with lots of open spaces. I have tried to create as much of a feeling of Australia as I can without using CC. Not that there is a lot of Australian CC out there (that I could find). This is my first full CAW project and it has been an enormous learning curve. I wouldn't say that this is a fully realised and polished world, but if you don't mind the work of customising a few lots to your taste and adding in a bunch of sims the world seems to be working really nicely. I placed a lot of empty lots around the map so that there are plenty of places to build without breaking the routing data that I have painstaking made as functional as I know how.

I have used assets from:
Lunar Lakes (decor for the science dome, only),
Monte Vista lighthouse changed to the base game lighthouse.
Dragon Valley Ombre Umbrella trees, I really wanted a greyish coloured tree and that's the only one available through official content.
The suspension bridge comes from Bridgeport
The arched bridge is from Twinbrook.
I've tried to use base game assets wherever possible, but these items above were really necessary. However, I recommend having all EPs, because I've built with bits of everything.

Store content: I have used a few things here and there, especially the pizza ovens, outdoor showers, the tea set and some kiddie stuff such as playpens. The grocery store has a bunch of stuff from the Al Fresco Market outside it, so if you don't have that you will probably need to redecorate that lot a little. The salon is adapted from Serenity Retreat. The gym has a climbing wall and the dancing barre and mat.