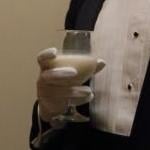 Xinqun Posts: 610 Member
August 2015 edited July 2021 in The Sims 4 Lots
EDIT: This first post was originally just about my first major build, Oasis Shades; I wasn't planning on making a showcase thread at the time. But that's what this thread now is, and every showcase thread needs a table of contents, so here we go. The original first post is under the spoiler tag. 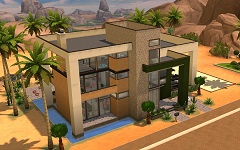 Original post:
I wanted to show off, and this doesn't fit into the places where I normally post my builds. It's a tiny bit bigger than a tiny house, and a little bit pricier than a starter. It's the mansion that I'm replacing Affluista Mansion with in my game. 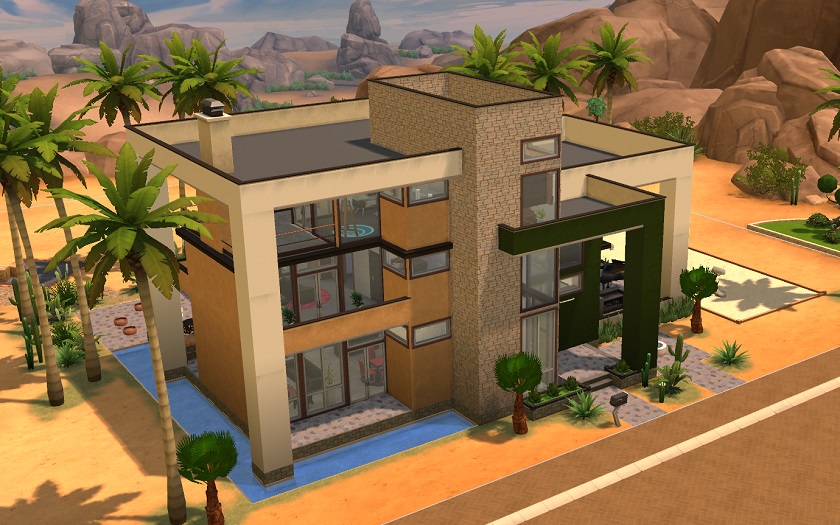 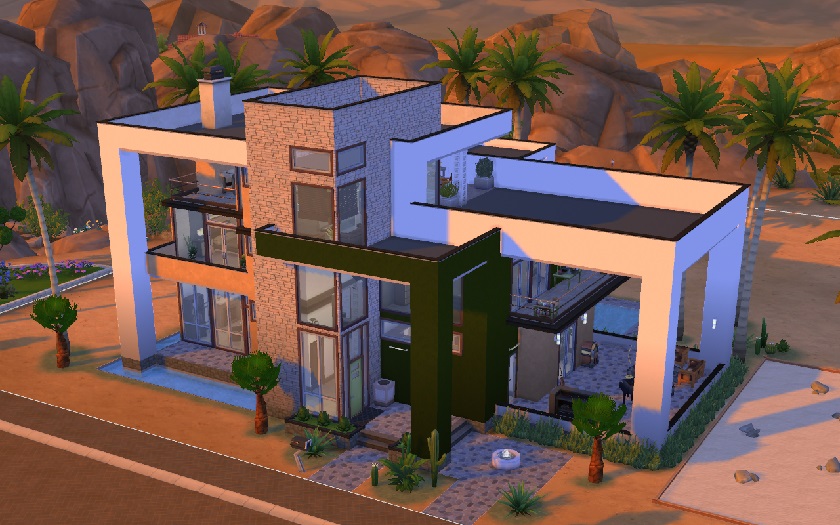 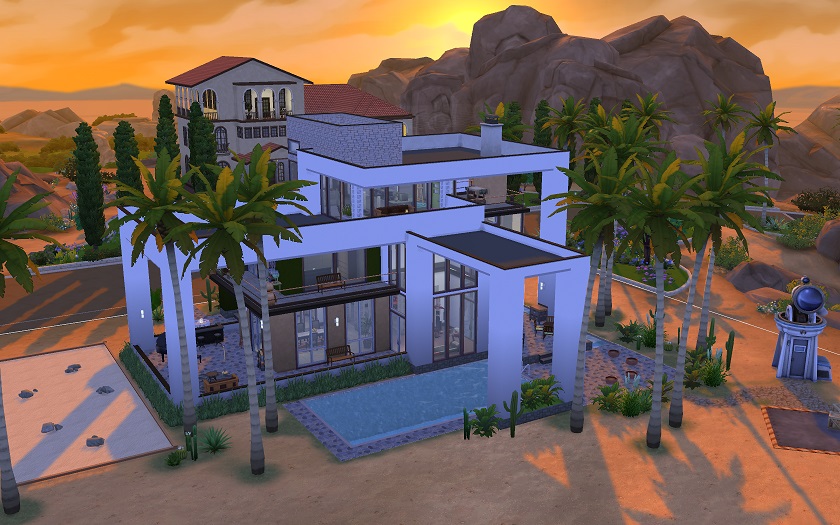 See how the paving by the pool ends abruptly at the row of wild grass? There used to be a set of stairs going up to the patio there ... there *should* be a set of stairs ... but it seems that, as long as that patio has direct access to the ground level, the game automatically assumes one of the doors giving on to it (in order of preference: kitchen, dining room, gym) must be the front door. Had me pulling my hair out in frustration until I decided that I could jolly well sacrifice that one small exit if it meant that the actual front door would be recognised as the front door. (Yes, I know "set front door" exists, but it exists in Live Mode, and I don't believe that the setting carries over into the gallery.)
Gallery link

Buttonmasher Cafe (a cafe, if the name wasn't enough of a giveaway)
Comment link ... Gallery link