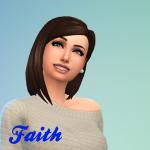 likeamusic15 Posts: 156 Member
August 2015 edited August 2015 in The Sims 4 Challenges, Stories and Legacies
Hello simmers. I've been looking around for a while and I haven't found anything about Legacies on Demand or LoD's, so I decided to create this thread to keep things in order.
You have to know that I did not invent this kind of legacy (in fact, one was already published a few years ago on an Italian blog) but I'm surely the first to gather all the rules together in one post.
–You start with a founder (male, female, it can be your simself too);
–you play until the 10th generation to win (but if you want, you can still go on);
–the heir/heiress of each generation must be the firstborn and in order to continue the legacy, the heir/heiress must have at least one child;
–for the founder and for each heir the player must suggest two different scenarios in three different moments of the Sim's life and readers will comment choosing the scenario they prefer. For example, there's the new heir, a Sim called Adam. Adam is a teen and there's a poll: scenario A = go to university; scenario B = stay at home. In this case, only ONE of these scenarios is right, the other is wrong. If the majority of readers pick the right scenario Adam will live a happy life; if they pick the wrong scenario, he won't be 100% happy;
–you can play with whatever you want. Unexpected pregnancies, fights, adulteries and so on. You're free to use your imagination!;
–mods and cheats can be used, but try to limit the use of the "motherlode" cheat.

Well, I think that's all. If I missed something I'll edit the post later, and if you want an example of a LoD, you can look here www.likeamusic.livejournal.com and look for the sticky post.