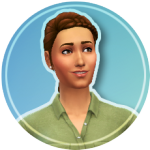 This story is now completed! It has a total of 17 chapters. You can find all of it on my wordpress blog (even the chapters that were originally posted in this thread).


What world do you live in? What does the future cost? How far will they go? Who knows who you are?

Jennifer wakes up in a tiny house with no memory of how she got there. Determined to escape, she discovers more and more mysteries of her prison and slowly begins to wonder what she has gotten into. Meanwhile, a small group of scientists has to figure out the price you need to pay for the future.

This is a mystery story, loosely based on the room challenge.. My version of it is highly story driven and I won’t be counting any points, since I’m way too excited about the overall plot! Jennifer shifted uncomfortably in the bed. It felt strange. The blanket was scratchy and the smell was wrong. She opened her eyes and was flashed by a wall of pink. Aaaah, where am I, her mind shreeked. She sat up. She did not know this place. Everything was so pink. it was like a barbie-fangirl's teenage dream come true. This was definitely not her room. She tried to remember how she got here, but she couldn't. Her head hurt. Thoughts and images raced through her head but none of them were clear enough to understand. She tried to think of her family, but it was hazy. She didn't even know if she had a family and she could not remember them. She was alone. She decided to explore her surroundings and to her delight the next room was a kitchen all in green. She instantly felt happier, green was her favourite colour... was it? She thought it might be but then again she was not so sure. She could see a street and some shops through the window, but they seemed flat, inanimate, there were no people.

Another room in this strange house was painted in a light blue. Jennifer felt a flow of creativity as she looked at the easel. She believed, she enjoyed painting. And music, yes, she surely liked music... probably. Then, at the end of the corridor, there was a door. Was this the way outside? She was nervous, but still walked towards it. Another room. Although it was open to the sky and she could see the sun, it was still a room, closed and there was no way she could climb those sleek walls. She stood and wondered. Why was she here?