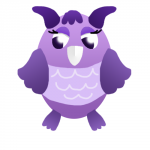 PurpleNightOwl Posts: 205 Member
August 2015 in The Sims (2000)
In TS2 Castaway on PS2, when do people have earthquakes? I've played this game a few times (it's my favourite console Sims game) and experienced earthquakes before, but in this new game I'm playing, I haven't had a single earthquake so far. I know there's one when you repair the ceremonial forge and uncover Crystal Island, but what about the random ones? I bet the next time I play I'll probably have one out of the blue which will frighten me to death. When do you have earthquakes in your Castaway games?
0