White
Sign In · Register
Home› Creative Corner› The Sims 4 Sims and Modeling
Sul sul Simmers! Join us for the Inside Maxis Livestream HERE today, October 26th, @11 AM PT! 🎉
October 22nd - It's time for our Friday Highlights! You can check them out here! 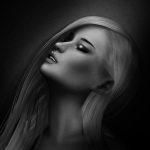 ~ Please do not post these anywhere else while I'm still here (if I disappear for more than 2 years, you can move them to protect them), or claim them as yours, thank you.
Note: The tutorials will be updated and changed over time. I will post in the thread when an update is made, so I recommend bookmarking the thread. If you see any errors, or have more information to add to one of the guides, please post here or contact me.
I am currently working on:
~ Updating old tutorials
~ Rewriting combining images tutorial (for better quality and bigger sizes)
~ Hair drawing (with tablet)
~ Hair stranding tutorial (without a tablet)
~ Making Transparent Backgrounds
~ How to Pose Your Sims (CAS/in-game)
~ How I do my B&W photos *request*
~ Extremely basic clothes drawing *request*
~ Creating editing breakdowns for a few photos of mine *request*


I recommend reading these in order if you are a beginner to editing/modeling.
If you are still having trouble with something in these guides, or need more help, please post here, or contact me or the other authors.

If you like the tutorials make sure to leave feedback or give them a Like, Awesome, or Insightful!

PS, Gimp, and other programs can follow these tutorials.

Anything with a ★ is currently being updated.

Check out the Sims Editing Workshop! Veterans are around to help with questions, provide feedback and support for all your editing needs. My tutorials are linked on there and I also help with the workshops that are hands on and teach you new information. We post workshops on the forums and Discord, and we are also on Twitter for news and updates.
Veterans: @MizoreYukii @jilliebee22 @themelonic
Twitter
Discord
Thread


Misc Links
You can find the new Beginner's competition thread here
The Sims Modeling, Hosting, and Judging Guide
List of Current, Future, and Past competitions: Modeling Competition Directory
Share your before and after edits here!
TS4 Sims & Modeling Chat Thread

The modeling community now has a modeling forum! Everyone, even people who don't model (we have CC, stories and legacies, building, etc. sections) are welcome to join! http://simmetrydesign.forumotion.com/
Post edited by MizoreYukii on April 2019
My simblr|Simmetry Design|❦Modeling, Hosting, & Judging Guide❦|Modeling Competition Directory|Editing and Modeling Tutorials|Tutorial Directory