White
Sign In · Register
Home› Off Topic Chat
The latest update addressed the crashing issue that some of you have been experiencing, Click here to found out more!
December 4 - Everyone ready for the Friday Highlight? It's ready for you here.

The Interactive Reality Game Show Community Thread [WE HAVE MOVED!] 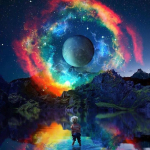 7 years later, reality shows are still going strong, thanks to a passionate community of players who enjoy the competitive nature of the game and the stories created from the Sims we make.