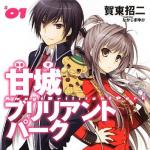 Ellessarr Posts: 2,795 Member
April 2015 edited April 2015 in The Sims 4 General Discussion
hello guys after read that posts:
http://forums.thesims.com/en_US/discussion/830314/please-tweak-the-ai-and-other-matters#latest
and play sims 3 and see the rabbit holes and all i started to understand better how this game work toward played zones and also i want to clarif games mechanics:

first if you love the sims 4, if you love load screen or closed worlds or you hate open world, or you don't want try to follow my logic or just hate me, give a favor to me and everyone and just ignore this thread now if you want proper discuss wellcome

sims 4 as the gurus even told a long time is like a Sitcom, the game is divided into zones, each lot and the open area around it is an zone, this area is used as the scenario where everything happens, any other area outside this zone is a dead area or a rabbit hole, the game cities or neirborhood are just a illusion made by the world map, you dont really have then you have just separated zones where you gonna play in one place each time, they not really connected as they are supposed to be.

let's go back to sims 3 rabbit holes and how they work:
your sim goes to a zone by walking or on a car or other vehicle and enter in that zone, once inside he enter in a "standby" mode where he is just standing waiting time pass the npcs also can come to the same rabbithole as you and you can interact with then by a menu.

if you choose a option like rise skill, the script just will let your choosen skill bar slowly rise over time to make looks like you sim is doing something while he is doing really nothing, if you choose take care of yourself then the script just will fill up our need when they are too low, your not gonna really cook or take a shower or any related action he will just be standing there, if you choose interact with someone the game just give you a list based on your friends or peoples which have the same career as you to you choose to "rise the relationship bar' without any real action, they are not really speaking the bar is just being filled up over time, like sims 3.

i hope that part was not complicated to understand now to the sims 4 mechanic:

each time you are focused in a specific zone of the game that zone is the active zone then the game start to spawn random sims(using a messed system to choose the sims), that spawned sims only follow few single strange rules which dont make any sense or really make the game looks like a sitcom, don't matter how much different sims you have in the world, the game will try to spawn the same sims over and over for you excluding some random culled sims or as long some sims don't die or get culled, that sims will be what the game will try to send to you have as interaction options, when you change the active place the game will try if possible spawn the same sims agains it not possible he at last will try to spawn some of then, them when you are in a gym and move to another gym you will get exactly the same sims in previous gym or maybe one to 3 at last will change but most will be the same.

with that in mind normally i read peoples saying "i love sims 4 because my hood is more alive i see a lot of sims" well from a "lifesimulator point of view" this is somehow wrong in the sense is which how the game choose to spawn sims, if the sims walking around your house where actually peoples from your hood, or peoples from hoods close to you or some homless could make a little sense, but when peoples from the other town, or hoods to afar from you are constantly spawn in your hood and you almost don't see anyone from your hood then this is wrong, if i live in oasis spring and i see mortimer goth or bella jogging around or watering plants around my house then this is weird and following "logic" don't make sense you can't wait let's say van dame jogging around your house or appearing in all the gyms you go if him not a stalker or not your best friend or not live close to you and have the same sort of life.

this in real life is called being stalker and is "not fine" and livelly, this is a issue, as i tould i could be fine if the spawned sims make sense but dont make.


leaving that now going to "rabbit holes" while in sims 3 only some places where rabbit holes, and others no and at last houses also no, sims 4 follow a system where if you not playing in that zone then she is a rabbit hole.

exemple you have a family of 5 sims a young adult couple, 2 teen and one child

when you are playing with the couple the 2 teens and the child will be at "rabbit holes", that places will be rabbit holes like in sims 3, the 2 teens and the child will be in standby mode and the only thing you can do is choose actions which will be worked as scripts, that sims not gonna do anything and neither none sim npc will be there with then. they will be alone.

let's say you put the couple to use the gym machines and speak with others sims then switch to the teens, in the moment you do that the using machines and speak actions will be lost and the couple will enter in the standby mode and the scenario will be changed to librain, if you switch back to your previous couple the game random will choose actions for your sims being doing in that moment like in the sitcoms when the actors are positioned to start the play, then the game will prepar the stage for that, you can sometimes be luck to see the sim doing the samething(the game choose the samething) or they doing a different thing will be the choices the game will make while loading the scenario.

going back to teens, when you go to teens, then the game will try to load the new scenario and will even try to use the sims from the previous scenario based on traits or skills(that is one of the few aspects of traits or skills which somehow works) to the new one, like if you spot mortimer at gym then you have a chance to see him also in the librain, then you choose to make your teens speak with others sims and read books then you in the menu choose your kid to take care of himself then the script will be running and at anytime the child needs drop the game will just fill that need, no actions, just rabbit hole.

if you decide to move to your house to play with the child then the librain scenario will be dismissed like the gym and the house scenario will be activated and all what your teens where doing in the librain will be lost as the same of what your couple was doing, then again if possible while mounting the new scenario, the house, the game again will try to "repeat some sims" from previous scenarios like when you have the extras in sitcom and since they are extras you normally don't notice which all of then are the same peoples over and over.


if you thing in that way, or playing with many sims then sims 4 can easy have more "rabbit holes" than sims 3, because basically any nonplayed place is a rabbit hole sepparated by the load screens mechanics, while for many peoples this is not a trouble, for peoples like me which love immersion or feel which we are really playing with peoples living a city this is a really big gamebreak and killing, this is why a open world is really important because you don't lost contact with all the sims you are playing, you can play with all of then without any trouble if proper done.

when i look to sims 4 hoods the peoples walking around the stalkers feelings the peoples ring my belt like a army and lot of game breaks and "non life simulation aspects" because how the game handle npcs spawns, how the rabbit holes and load screens break a lot of game immersion i really don't feel playing a life simulator at last not as i was waiting/hoping for.

that also can sumarise some peoples feelings which feel the game being disconnected and bla bla bla as we see some peoples posting over it, on how they feel the worlds being disconnected or missing immersion, this feelings is because indeed you really don't have a immersion since when play with many sims at same time you start to deal with a lot of "rabbit holes without notice it, the miss of controll the sims which are in standby mode and you wanted they be really doing something not jus standing in a dead place.

basically sims 4 is like playing a sitcom or playing dollhouse, and even more a dollhouse than a sitcom since the sims in sims 4 are more "dolls" than peoples in the missing of proper emotions and AI, if you don't full control then, them nothing gonna happen like playing doll, you can't just place then in the scenario and wait for then do what you want or even close, unless you are aimming for wako comedy or just see some sily or cute random moment, because they alone don't have much deeper as previous sims games making very important the player have a high level of control in the game.
Post edited by Ellessarr on April 2015