White
Sign In · Register
Home› The Sims 3› Store› The Sims 3 Store Gifting
January 15 - Is everyone ready for the Friday Highlights? Check them out here.
Welcome to all new Simmers joining us over the holiday season! 🎉 Have fun on the forum and please make sure you check out the forum rules and
the rules about necroposting.
December 22 - It's the time of year again: Join the 12 Days of Simsmas! 🎄 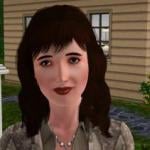 Teegers Posts: 816 Member
April 2015 edited June 2015 in The Sims 3 Store Gifting
For a while, I've had the idea of clearing out most of the pre-made sims in all the towns and traveling destinations and replacing them with sims with real stories behind them.

The problem is, it would take forever to do that to just one world, much less all of them. So I'm hoping that you guys might want to help.

Details that should be included:

Name:
Which world are they from?
Where do they live now?

Feel free to make more than one household.

@ciane introduced us to the Hendersons

The Stepps - Tom & Betty and their children, Nellie, James, and Austin

@blacksheba1973 created the wonderful Dixie Lang who lives in Riverview

@gnlovew created the beautiful fairy family, Cassie and Christian Symter and their twins, Wallace and William.

@HBSIMSTER created Yiska Fairies of Southwest. I loved their story, especially the story for Trella Yiska.

The worlds so far:
Roaring Heights

Aurora Skies
The Stepps
Cassie and Christian Symter and their twins, Wallace and William

If you're feeling stuck, here are some ideas to help develop their background (most taken from StoryCorps ideas for getting others to tell you their stories - check out their site):

If you just like to create sims and skip the story, here are a few that I would love to add to my game:

I have the twins, Delilah (don't call her Deli unless you want to get her dander up) and Lola. I'd love to have their parents.

Their dad was a time-traveling genie (ala Robin Williams in Aladdin). Their mom, Barbara (sister of Betty Stepp), was putting herself through the community college by working on her dad's fishing boat. She was helping him drag a net full of fish back into the boat when they found the lamp, which had gotten tangled in the loops of the net. As the bottom of the boat filled with thrashing fish, Barb sat and patiently separated the net and lamp, then sat the lamp aside to help cast the net out once more. She didn't consider it again until her dad handed it to her as they went into their house that evening, saying, "Maybe it's lucky."

For the genie, it was love at first sight. Barbara is a dark-haired beauty with high cheekbones that speaks of some native American heritage in her family tree. Barb wasn't too sure about the blue man at first, but he had all the time in the world to woo her and pursued her tirelessly, bringing gifts from all over: Oranges still clinging to the branch, wild orchids fresh with the dew, honeysuckle vines that smelled heavenly. Barb's family didn't have much, and the genie knew they were proud people and wouldn't accept expensive gifts, so he kept his love offerings limited to small gifts that he knew she wouldn't refuse.

And then there are the uncles. They are the great uncles of Delilah and Lola and Nellie, James, and Austin. They are a bit unbalanced, not dangerous though, but maybe a little unstable and very eccentric. They both love children and the children all love them as well. James (little James is named after his great uncle) was in the service for years and retired just a few years ago. Now he is loving his freedom and the fact that he doesn't have to conform to anyone's standards (maybe similar to Uncle Si from Duck Dynasty although the description is actually about one of my favorite uncles growing up).

Dell went into the service with his brother, but ended up taking a medical retirement after (he claims), the army decided to perform experiments on him using various potions. He spent a couple years in a padded room, but was released after they determined that he wasn't a threat to anyone.

Now, his greatest pleasure in life is taking the nieces and nephews out to the candy store and spending all his retirement pay on them. He won't let them leave until their bags of candy are overflowing - enough candy to keep the children bouncing off the walls for weeks and make their parents pull their hair out.

And the aunts. These are part of Tom Stepp's family. Made of strong mountain stock, these ladies live up in the high mountains and it's only recently that the road has been good enough to allow them to travel at all. Aunt Tiny does not live up to her name. If you ask, she'll laugh and tell you that she was so small when she was little that she could fit into her father's coat pocket but one day she started growing and she never stopped. Tiny might be her nickname, but if she ever had another name, no one can remember, not even her.

Aunt Eppie is her sister or cousin or sister-in-law...relationship titles dim with the passing of time and all that's left is the true friendship and the knowledge that somewhere there is a family connection. As big as Aunt Tiny is, Aunt Eppie is thin. So thin that if there's a strong wind blowing, you might worry that she'll blow away. Tiny is the life of the party, Eppie is quiet. Tiny loves to cook and garden, Eppie loves to do crafts and sew. Both enjoy fishing at the creek that runs near their house. Both appear to young eyes as though they're as old as the hills that surround them.

And finally, I would like your permission to use the sim occasionally in my stories, both here on the forums and on my blog, Exploring ESO, where I do my story layouts (and occasionally publish them).
Post edited by Teegers on June 2015
Hi, I'm Te-ge (pronounced TG)
Origin ID: Teegers1
Steam: Teegers