White
Sign In · Register
Home› The Sims 3› Creative Corner› The Sims 3 Stories and Legacies
Sul sul! How many baes is too many? The answer is NONE! Join @kelseydangerous on her journey of love as she attempts to maintain 100 romantic relationships.
Follow along on her road to love here!
September 24th- It's time for our Friday Highlights! You can check them out here!
September 21st: Today is patch day! 😃 To read the patch notes, click here! 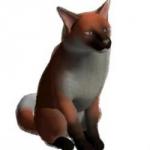 Work in progress:
Since this thread is basically my notebook... it is also where I brainstorm and work through scene options. So, again, there may be behind-the-scenes stuff posted between episode posts. I value comments that may help improve the series and increase the impact of the story. I'm also taking note of what I am learning along the way that may be of use to others creating TS3 machinima.

I'm glad you are on this journey with me as I create this series.


Question: what software do you use to record/edit your Sims 3 videos?

If you are producing a Machinima, here are some tips I've been writing down for myself that I will share with you
http://forums.thesims.com/en_US/discussion/comment/13444468/#Comment_13444468
I'd like to hear about what you've learned too.
Post edited by Penndra on March 2015
TS3 Store advice: DD Stalkers * DD Cascades * Complete a Set
wishes & Thank-you!! Huggles!
YouTube tutorial: How-to make UFO's in TS3 *
Machinima in the making: March of Bears -a psychological thriller *
Research Blog: Garden/Recipe
1