White
Sign In · Register
Home › The Sims: Legacy Titles › The Sims 3 › Creative Corner › Builders
January 27 - Time to vote for the CAS items you want to see as part of our Community Voted Stuff Pack!
January 24 - New Friday, new Friday Highlight! Check it out here!
January 16 - Patch day for The Sims 4! Find the patch notes for PC/Mac here, and here for console (someone said Gallery?) 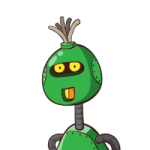 12. The Novelist's Residence
Type: Residential/Monochrome/Gothic Chic/Wood/Modern/Luxurious
Lot size: 40x30
Download: thesims3.com/assetDetail.html?assetId=8701188
I am putting the link to downloads of some of my houses in case anyone is interested. Thank you for downloading and comments and pictures are welcomed (but no pressure, you can download, or not; comment, or not.

). Let me know if there is anything wrong with the houses (missing objects etc.)

Please don't re-upload (please credit me if you made major modifications and really want to upload the new one as your own). You can put it in your world or your story and make modifications. If you are sharing the world or the story please credit me. You can also send me the link if you want, I'd be happy to read/see pictures of your creations/stories

3. Story of their lives house