White
Sign In · Register
Home› Creative Corner› The Sims 4 Challenges, Stories and Legacies
July 20th: The latest patch is live! To read the patch notes, click here
July 23rd- It's time for our Friday Highlights! You can check them out here!

The Noble Legacy (A Prettacy) 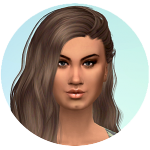 BlindxSecrets Posts: 652 Member
September 2014 edited January 2015 in The Sims 4 Challenges, Stories and Legacies
Hey everyone! This is my second legacy now for S4, the first one is The Winklecheek Legacy if anyone cares to read that one, also. But I saw this guy in an Ugly thread and had to try a legacy with him (mostly out of morbid curiosity as far as his potential children are concerned) and I've had a blast playing him so far! He has such horrible luck with the ladies!

Chapter 1.1: Breed Out the Ugly!
Chapter 1.2: Looking for love in all the wrong places
Chapter 1.3: Last Man Standing
Chapter 1.4: The Crazy Escapades of Handsome Noble


Any feedback would be appreciated! And thank you for taking the time to read.