My Sim's friend is permanently burned?? 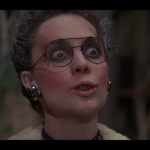 allisoniraheta10 Posts: 43 Member
September 2014 in Expansion Packs
So my Sims are friends with the Goodfellows and Dahlia has been scorched in her bra and underwear since day one and no matter how many times we invite her to events where she should be changing her clothes she remains burned and in the same outfit. One time I even tried "resetSim" on her and it reset her alright but she was STILL burned. Does anyone know what this is about or how to fix it? O.o
1