White
Sign In · Register
Home› The Sims 3› Store› The Sims 3 Store General Discussion
October 23 - Everyone ready for the Friday Highlight? It's ready for you here.

Know What Is Inside Your Game: The Sims 3 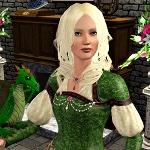 I will be putting together a few informative posts to help people understand their TS3 game better. It may take me a while, and I'm not sure how many I will do or how many will be needed. But I reserved some spaces, so I can keep everything together at the beginning of the thread.

We will start with an intro Part 1 of a "getting to know your game" post, and go from there.

Everyone should know the insides of their The Sims 3 game. Please read the following, to acquaint yourselves with your game, so you understand how to properly back up your game and make it run as smooth as possible.

Here is a list of the expansions and stuff packs, in the order in which they were released:

The same thing, inside the Documents folder on the Mac:

On a PC, your actual game, that is patched while using a Superpatch, resides inside the base game, which is The Sims 3 folder found inside Programs or Applications. If you open that folder you will see several folders: Caches, Game, GameData, Support, Thumbnails. If you use an FPS Limiter, you will also see 3booter.exe, FPS_Limiter.exe, HookHelper.dll, and Limiter_D3D9.dll which put a limit of 30 frames per second on your game. (Without a frame limiter your game might run upwards of 800 frames per second, and has been known to burn out graphics cards, or worse, on top of the line computers.) I got the frame limiter from Pescado's site, so I cannot provide a link. Google it.

Inside GameData, you will find the Shared folder.

Inside each EP folder that you have installed in Programs/Applications, you will find something similar, following the same path, providing that EP had a world that came with it. Each world is found inside GameData/Shared/NonPackaged/Worlds.

Mac -- inside Applications and inside this folder, you will find something similar:

On a Mac, inside Applications, inside Electronic Arts, your actual game that is patched by a Superpatch is this file (found way at the bottom, on my Mac):

In order to see your GameData folder, you will need to right click on the file pictured above, and choose Show Package Contents from the menu. Then you will see this:

From there, it is the same as on the PC to find a world in each EP.

Unless you are an advanced user, these Programs/Applications folders should not be touched. But it would be good to have a backup of them on an external drive (they will not fit on a 32 GB thumb drive, if you have all EPs and Stuff Packs), should you ever need to do a manual install, if a game disk has been damaged.

The remaining game files that generate during an installation are in your Registry on a PC, or in your home folder Library Preferences on a Mac. I keep a backup of those files, also, so I will be able to manually install an expansion, should I ever lose a disk.

I cannot give detailed information on how to save those files, if you have your game on Origin rather than a disk. Do a search on Google to get that information, because they are found in different places. (I also do remember that someone wrote it was possible to generate files which are saved on your desktop that would allow you to install the game directly from those files instead of having to download them each time from Origin, but I don't remember how they did it.)

If you installed from game disks, on a PC, you can find out what to save and how to save it, if you follow the instructions to manually uninstall your game, BUT DO NOT DELETE ANYTHING OR REMOVE ANYTHING!!. Simply export everything they say to delete, and you will have what you need to import, in order to install your game manually, by doing the reverse of a manual uninstall.

The instructions are from this link:

Also see this link for clear instructions on uninstalling:

If you're having issues with the game and need to manually uninstall it as a troubleshooting measure, refer to the instructions below.

Backup the save data in Windows XP:

Backup the save data in Windows Vista/Windows 7:

Delete the game files (in the default location):

Disclaimer: You are about to edit your registry. To avoid operational issues with your system, please follow the instructions exactly as they are written.

Hold down the Windows key and press R.
At the Run command, type in "regedit" (minus the quotes) and select OK.
Click on File and then Export...
Choose a location and name for the file; this will be your backup registry file.
Click Save.

The Sims 3 should now be completely removed from your system.

Now that you know how to do it, here are the numbers for each EP/Stuff Pack (If you have 64-bit Windows OS, all entries below will be under the wow6432Node). These things should all be exported and saved, so that you have the ability to manually import them, if a disk becomes damaged:

And here are the uninstall files, which should also be manually exported, so you can import them if a game disk becomes damaged:

On the Mac, just save The Sims 3 Preferences, that you find in your home folder Library, inside Preferences. Keep it inside a backup folder that has a note saying where you got it from, so you know where to put it, if you ever have to manually install your game.

Note: On some Mac OS, the home folder Library is hidden. To unhide it, do this: Open your home folder. Click on your desktop to get the finder menu at the top of your screen. Use the Go menu at the top of your screen, and choose Go To Folder. Then type in Library, and click the Go button. (Do yourself a favor, and make an alias of the Library folder, so you have it easily available, next time you need it.)

Next, we will examine the insides of your Documents/Electronic Arts/The Sims 3 folder.
1