On which surfaces can the new jam/preserve jars rest?? 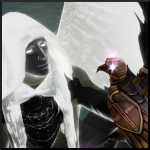 GreenCats Posts: 9,318 Member
July 2014 in Store General Discussion (EN)
I am absolutely LOVING the new set, but I'm having an issue storing my jams and preserves.

I know they can go in inventories or in WA treasure chests, but I'd rather display them in my kitchen where they will look nice and be accessible to my sims without needing me to drag them about.

I know they can go in the baker's stand, but that doesn't look good in every kitchen, and (unlike fridges, bookcases, dressers, etc.) can't be placed behind archways because of routing issues. (Also, I think that will make guests try to buy my jams, which I don't want.)

I know they can go on counters but they seem to have a huge footprint because one jar takes up the entire counter.

I thought about putting them on the floor and lifting them up onto a surface using Debug Enabler but unfortunately that prevents sims from being able to pick them up.

I've got a couple on my dining table at the moment but it's far from ideal because the chairs get in the way when sims try to pick them up.

Does anyone have any alternative solutions for displaying these new objects in a way that looks nice but doesn't take up huge amounts of space? I've tried all the surfaces in the display section with no luck.

Thanks!
You can still find me on my old My page (http://mypage.thesims3.com/mypage/GreenCats), and see more of my game-play pictures and CC-free uploads at gcsims.com
0