White
Sign In · Register
Home› The Sims 3› Help Center› The Sims 3 Mac Discussion
September 18 - Everyone ready for the Friday Highlight? It's ready for you here!

The Official Sims 4 for Mac Discussions/Speculations/Whatever 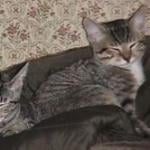 Tremayne4260 Posts: 3,123 Member
June 2014 in The Sims 3 Mac Discussion
Ok, I am now starting the "official" Sims 4 thread for the Mac Forum. Now to be fair, some of these threads are moved over by the Sim Gurus from the Sims 4 thread, but let's try to keep them all in one place shall we?

So the threads we had started before that have been most active for reference are listed below.

So to recap the action...

No, it will not be released in September 2014 and no official release date has been set yet.

Game will be ported to natively run on the Mac OS and not run on Cider. It will be similar to the SimCity release.

If you purchase the game now for Windows, you should be able to download the Mac version from Origin once it is available.

So, that it what we know at this point.

Second Star to the Right and Straight on 'til Morning.
2