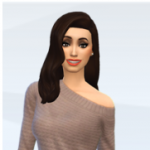 I just got my mac laptop up and running again. I was wondering what everyones thoughts were on purchasing Island Paradise or Back to the Future. Which one in your opinion is better to play.
0