White
Sign In · Register
Home› Off Topic Chat
The latest update addressed the crashing issue that some of you have been experiencing, Click here to found out more!
November 27 - Everyone ready for the Friday Highlight? It's ready for you here. 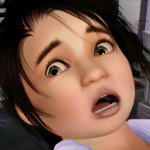 Archivist Posts: 4,262 Member
July 2012 in Off Topic Chat
"I accidentally killed my boyfriend. Hopefully there's a way to get him back."