White
Sign In · Register
Home› The Sims 3› Creative Corner› The Sims 3 Game Tools
October 23 - Everyone ready for the Friday Highlight? It's ready for you here. 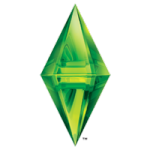 simsfan95173 Posts: 1,004 Member
April 2012 in The Sims 3 Game Tools
I love Bridgeport. It's is my absolute and only favorite world in the sims 3. But, every time I start a new game, I always find myself editing the world before I play it. Then I wanted all my edits saved,so i saved my edited Bridgeport into one non-played save. So when I want to start a new game in a Bridgeport I liked instead of the boring EA Bridgeport, I go into the un-played save, and click Save As. Once that's done, I made a new game in my version of Bridgeport without having to do all the edits all over again. So I have edited this save for years by adding new lots, new neighbors, and new objects as expansion packs are released so I can still play my Bridgeport with new EP content. Then, I thought "What if I can upload this version of Bridgeport? Would this version change people's perspective on Bridgeport?" But seeing that my version is a save and not a packaged file and I don't know how to use CAW, I disregarded it.

But, thanks to a fellow simmer, I found out that I can upload my saved world just as a save, and other people can download it.

This is my version of Bridgeport!

First off, The Hills. I've added 3 more houses and a fishing spot(for unicorns to appear) on the left hand side. there are celebrity families that live in each, except the smallest one. there are sims that live in the small one, but they're not celebrities.

As we go up the Hills, there were 2 parks here which i removed. That white house was built by me. Its a party mansion, like the rest of the houses, but it has a lot more bedrooms and bathrooms, and the best views. This is the only thing that is entirely made by me. the celebrity that lives here is not mine though :P . near that is the Equestrian Center, conveniently located for celebrities who want a horse. Some celebrities who live on the Hills do already have horses. You might occasionally see them running up and down the Hills :-)

This is a close up on the house I built. This is actually my first Sims 3 house.

Some changes to the houses behind the school.

I removed those God-awful color houses and put these here. These houses are from alexspoom13's world Metrotopia. I thought these would be perfect here.

I upgraded this pre-exsisting house.

Now we move at the Bridgeport Acres park in front of the school and the street next to it. I added GEN objects and a wedding spot. Next to it is the grocery store, the fire station, and the Red Rendezvous from Twinbrook, which I made into a coffeehouse.

I made big changes to the R.R.

Added ST objects and buffet table, in case your sims are hungry.

Turned the empty second floor into an arcade mixed with LN and ST objects.

Put dual stages on the third floor. One for ST performers, other for LN bands. The R.R. is best of both worlds! :-)

In Mariana Field, I put the ST park stage, and GEN objects.

All the LN venues are still here in my version, and there are two extra clubs I squeezed in for more variety. One of them is located behind the library called the Cobra, the dance club from Coasterboi's world Los Aneigos.

The other one is located near the business complex. It's a disco club called The Metro. This was supposedly a Late Night pre-order item for those who are from Europe.

I replaced the Llama Co stadium with the Binder Clips Center, for Big Show performances

Speaking of ST venues, over to the industrial district behind Waylon's Haunt, there is MN8 the Live Show venue, and P.U.R.E. Warehouse the Private Show venue. I added LN objects and buffet tables for both.

I redid the layout for the Banzai Lounge. added ST objects, of course.

At the Butterfly Dome, I saw a little altar that I thought would be perfect for weddings.

Next to the Butterfly Dome, I placed the Fae Ray Arboretum

Inside the dome, I added 4 fairy houses, and put the Fountain of Youth (store item) in the center.

At the Bridgeport Eternal Rest Cemetery, I added 2 fairy houses, a broom arena, and the Vault of Antiquity.

Not a lot of people know this, but under the cemetery was a secret vampire hideout, which I upgraded.

Across the street from the cemetery, I put the Elixir Shop.

As you go up the hill past the cemetery, there is a wooded area with a huge lake where I placed the Supernatural Hangout named "Moon" I downloaded this lot from the exchange from a simmer named Antonouza.

Next to Moon, I placed the Gypsy Wagon.

Upgraded the top floor of the gym by adding a Sauna Room with two saunas(store), another room with 3 massage tables(store) and a hot tub, and two diving boards to the pool. Also added 3 pull-up bars and a professional bar to the workout floor. Turns out gyms have their own set of drinks, some help you build skills quicker.

Updated the poolside club Aquarius with a diving board to the rooftop pool, and a dance floor in the inside bar, for when it's too cold to go on the rooftop.

Update the Red Rendezvous by adding 2 arcade basketball hoops, 2 pinball machines to the arcade floor, and a gumball machine on the main floor(Store Items)

Upgraded the daycare room in the library with items from the Store, GEN, & SN

Big upgrade on the 2nd floor of P.U.R.E. private venue

Added the Wishing Well(Store Item) to the cemetery

Upgraded the 2nd floor of MN8

Added all 3 poker tables to the Prosper Room

Added a few more items to Plasma 501, such as the Hypnotizer from the store, Magic Mirror, magic jelly bean bush, and several ST props for decor.

Upgraded all 3 of the identical houses made by alexspoom13 with an extra floor and add 2 more bedrooms and bathrooms (also turns out there is NO CC in them, contrary to what I originally thought)

Built a new house on the bottom of the hills using blueprints. It's called the Urban Mansion. It's also in my studio: http://www.thesims3.com/assetDetail.html?assetId=7431358

Added 15 ports throughout the city. 11 of them are placed along the harbor, and a houseboat has been placed in each...

Updated Smuggler's Cove with a pier that features games, vending machines, horseshoe, tanning booths, and a hot air balloon ride! Their is also a port for houseboats, and a lifeguard chair. Also added a fishing hole as of 7/7

Updated Smuggler's Fishing Spot with a port, and fish, insects, & gem spawners. I also put a bonfire and some grills & vending machines by the cabin (which also got a makeover)

Deleted the hospital and science lab and added a combo rabbithole instead, in place of where the old science lab was. It's the one from Starlight Shores called Holy Cow Memorial Hospital. (In case you're wondering, all the premades from both workplaces had their jobs transferred here)

Club Aquarius has been updated with a pool bar, waterfall, & pool slide

I built a resort where the hospital used to be! Its called the Three of Diamonds Hotel & Casino. It features 14 VIP suites, 2 pools, art gallery, lounge, dining area, coffee shop, recreation area, gym, spa, casino, nightclub, & wedding chapel. :-) It's also in my studio for download: http://www.thesims3.com/assetDetail.html?assetId=7469929

Finally managed to add all 4 Diving Areas from Isla Paradiso :-)

Added a Hidden Island! SPOILER HINT: you need 4 pieces of a treasure map.

Gave all of the Showtime stages a makeover

Turned the consignment shop into a store with the business items from MH.

Added the Door of Life & Death to the cemetery.

Some other changes I made:

- Added 2 empty lots for you guys! One next to the film studio, other behind the Festival Lot.

- Deleted one of the hidden islands due to routing/lag problems

- Removed the 4 ports in front of the Butterfly Dome (the area is barely routable for houseboats to dock, still can pass through, but cant dock)

-Added Surf Station store item to the beach and the fishing spot.

-Deleted parking spaces on all community lots and replaced them with decorative one with fake cars for realism & to reduce lag.

-Added the comic book register to the Consignment store.

-Added LN objects to ST venues and vice versa. there's a nice mix of objects to each venue. LN & ST are better together!

-Your sims will not be denied access to any LN clubs, except Plasma 501. To me vampire lounges are unique, and access should be limited. You have to be a vampire, or a celebrity (any level) to get in. Other than that, all the other clubs welcome anyone. there are bouncers at some clubs, but don't worry, there just there for realism :P

-Added a LOT of residents! None of the new residents are made by me. These are sims from other worlds. they're are sims from Los Aniegos, Appaloosa Plains, Hidden Springs, and Starlight Shores. I added this many to have more variety of sims, and to have that crowded city feeling. You will never see the same group of sims at a venue, which is what I tried to achieve. The original Bridgeport residents are still here.

- Several households, both new and preexisting, now have pets.

- Added several premium content items from the Store. You don't need to have all the Store items in order for the save to work. Any items you don't have will simply won't be there.

-For people who don't want to create a 4shared account, you could try some of the logins listed here: http://www.bugmenot.com/view/4shared.com


Just so you won't confuse this save with another, I named it Hollyweird. Very fitting

This is NOT a package file. This is a save!
When you download it, put the Hollywierd.sims3 folder into your Saves folder.

If there are any glitches, please post them here.

Hope you enjoy a Better Bridgeport! :-)