How to Create Underwater Passages (Great with Tombs!) 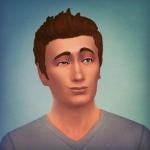 bunbunnyny Posts: 3,678 Member
August 2011 in The Sims 3 Game Tools
If you want to create an underwater passage, read this thread! Anybody can do it!
If you wish to do this inside of tombs, you will need to follow the instructions posted on the second post on this thread!

This post will teach you how to create a normal underwater passage that you can put on any level that a pool can be placed, except the highest level on the lot.


Look at these pictures so you know what I am talking about and what you will be making:

See those dark holes inside the pool? Those lead into the passage.
The "passage" is the part of the underwater passage that is the pool.
The "tunnel" is the room above the pool "passage."
None of these terms refer to the room that you enter or exit the passage with.

Okay, so here's what you do:

1) Create the part of the wall that you want to be above the connection between the passage and the rest of the pool that's not part of the passage.
In the posted images, that's the part that is above the entry into the dark hole.
There will be 2 of these that you will use. One at the beginning of the passage, and one at the end. If your passage is 1 grid deep, switch steps 2 and 3, and create the wall immediately after step 2.


2) Now, you need to create the pool.
First, construct a pool against the side of the wall that will be in front of the beginning wall, and one behind the ending wall, but not in between both walls.


3) Now you need to create the passage part.
Construct a pool against the part of the walls where you constructed step 2's pools.
This connects the pools underneath the dividing walls.
This part is the trickiest part. Try constructing this part of the pool in different directions if it doesn't work.
Try constructing from the top left of the section that's against the wall to the bottom right.
Or top right to bottom left.
Bottom left to top right.
Bottom right to top left.


4) By now, you should have 2 pools connected underneath each dividing wall.
Now, connect the 2 pools you made against each wall in step 3.
You can make the passage corner if you want, too. The passage and the entries may be any size that you want them to be, too.


5) This is the final step in creating a basic underwater passage. Now you're creating the tunnel part. Take the wall tool and completely line the edges of what you have created in step 4.
This should look like a room where the floor is made completely of water.
If you have used concave and convex pool pieces, then you will probably have some trouble with creating this.
With that said, unless you know what you're doing, I advise you don't use curved pool pieces.


You are done!
I apologize if what I have written doesn't make any sense to you.
Feel free to ask questions!

You may also create underwater passages that don't require a tunnel! Instead of having 2 walls and a passageway, just use 1 dividing wall and 1 connection beneath the dividing wall!

Read the post beneath this to learn how to create underwater passages in tombs!
0