White
Sign In · Register
Home› The Sims 3› Help Center› The Sims 3 Help & Technical Discussion
August 7 - Everyone ready for the Friday Highlight? It's ready for you here!
Are you ready for the The Sims Spark'd? Discuss the final episode here! Don't forget to use spoiler tags! Need a refresher? Click here! 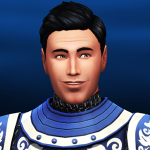 As of base game update 1.22.9 or later, players no longer need to update their expansions and stuff packs. All updates will now be applied only to the base game. This should make the patching process easier and prevent base game incompatibility errors. Also note that separate game updates for expansions and stuff packs are no longer being released, since these are now incorporated into the base game update. More information on the all patch notes can be found at the following page:

The manual patch listed here is for PC only, specifically the original 2009 Edition DVD disc version. Players wishing to update the base game to the very latest version will need to do so through Origin - for more information please refer to the following page:

Cumulative Base Game 1.67.2 Super Patcher for The Sims 3

For players who are unable to patch the base game to version 1.67.2 via the use of manual incremental patches, here is the official EA download link for the base game standalone cumulative Super Patcher:

Note that the standalone cumulative patch is self executable, meaning you can simply download it to your Windows desktop or elsewhere and run the setup installer directly. Other than ensuring that the game and launcher are not running, no further setup is required.

If you should receive a popup error message when running the setup installer, it may look something like the following:

This error message signifies that the setup installer has been corrupted somehow during the remote file transfer to your computer. This can happen if the download activity was interrupted or aborted. In either case, the standalone cumulative patch will need to be downloaded again. For best results it is advisable to reserve as much bandwidth as possible for downloading the file. If connecting to the internet via a wireless network, consider using an ethernet cable connection instead.

If you should receive a patch error message stating that the installed version of the game could not be determined, it is advised that you run the patcher as an administrator. You can do this by logging into Windows via an administrator account or by right-clicking on the patch installer and then selecting "Run as Administrator." For further details please refer to the following page:

Post edited by Nichaedemus on August 2016
When you need help with The Sims 3 or The Sims 4, be sure to check out the Master Help Thread today!
4
This discussion has been closed.
Return to top