White
Sign In · Register
Home› Project Rene Community Discussion
A reminder that any non-official EA content which is publicly rumored to have been captured during playtests or not intended for release is not allowed on these forums. Linking to, sharing, or otherwise distributing these types of content here will lead to its removal and potential loss of forum account access.
February 3rd- It's time for our Friday Highlights! You can check them out here! 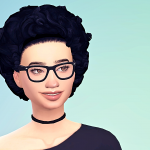