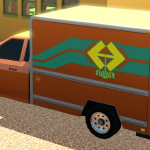 DivinylsFan Posts: 1,034 Member
November 25 in The Sims 2
What happens if you install Sims 2 on a current day-ish desktop PC from disk?
A few years ago, someone said if you ring up customer service and ask nicely they give you the downloadable version of the whole suite of Sims 2. So I did that, and that is what I have on my launcher, which I've opened for the first time in a year, and is now the EA App.
However, the graphics are weird, namely the resolution only has 800 x 600. Even the base game of the disk has more options than that, pretty sure, especially if your computer has the capability - it used to be in synch with that.
There was probably a few other things ...
So I remember now too that someone on here back then, said there were new mods to make it work, which I got and I think it did, but I was annoyed I needed them and that there were more than one.

So I'm wondering what issues anyone had with installing by disk? Will it work? Any pointers? I suppose I'd have to totally uninstall first.

Because I still have those, but not the full suite like from the download. I'm only missing few, and I never really wanted Pets.

Would you happen to know if I can buy the download of the extra expansions I want separately and add them onto the disk installation? That is what I did with Sims 3 originally - mixture of disk and download.
I'll have to see about finding all my old cc ...