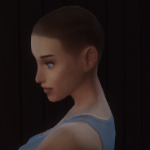 SilentKitty Posts: 4,566 Member
November 24 in The Sims 4 Game Feedback
I am currently playing Coral Island, it is a new farming game on Steam and I really like it.

My little character can grow crops, dive and go into caves. There are fun characters to romance and have a friendship with. Okay, it is pretty lowkey but this game has caught me when Stardew Valley failed. It works for me.

Modern tech, Love for all and not a cellphone in sight.
The game is not devoid of representations of technology. They have npc's setting up Kickstarter campaigns, I remember seeing a flatscreen computers. There is a nice little robot that follows you around when you are out on adventures underwater. There are male and female npc's that can romance any player, they are not divided into straight or gay. There are single mom's and I it looks like you can have pets in the future as well.

The only thing missing is the cellphone, absolute bliss!!

How will cellphones work in Sims 5?
I can mod Sims 4 into whatever I want it to be when it will no longer be updated but I wonder what Sims 5 will be like. How you will approach technology. It is possible to make a game set in the present day without cellphone and I like playing that version a good deal more. Or please make it possible to just leave the phone in the pocket, backpack, handbag, something. It is distracting and not fun, it doesn't add anything enjoyable to me.
currently playing on the Werewolf patch from June 14 2022
5