Your most memorable glitch? 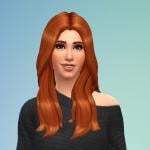 Summerbear5 Posts: 640 Member
November 1 in The Sims 2
Currently playing Pleasantview and I was just thinking about a glitch I had when I got The Sims 2 when it was first released. This glitch happened before any patches were put out. I don't know if anyone else had this glitch or not, but I thought it would be funny to share and also ask what is your most memorable glitch?

My most memorable glitched happened when I was playing an elderly couple and they either threw a party or did the invite household option and invited over their child and spouse who had twin babies. (Yes, I invited the babies because I wanted to build the relationship I'm assuming with their grandparents before they passed) I remember them showing up with babies in their arms and just setting them on the ground, and when they eventually left the lot the babies remained on the ground. Since they didn't leave with their parents I was so confused and didn't know what to do. I bought cribs and was trying to take care of them even though they weren't apart of the household. I ended up saving and going back to neighborhood view and reloading the lot and they were still there...even in the loading image which was odd. At the time we had the old BBS forums and other Simmers were saying to delete them using move objects and they will be gone from that lot but still remain in their original household. So that's what I did. After deleting them and saving the game, I went to the neighborhood and loaded the lot they were supposed to be...and that's when I seen on the loading image NO BABIES! I was sweating bricks as the lot continued to load... once finally loaded my fears were realized as there was no babies anywhere. No where in the household, no where on the lot. I was devastated.

This memory will stick with me forever and ever since then I never tried to invite household or invite babies over lol.