Will I have to pay?
No, you won't have to pay for mods you get from CurseForge.

Do creators have to pay?
No, creators don't pay to use CurseForge. In fact, there are mechanisms through which they can apply to receive some income from the site.

Can I still support creators on Patreon?
Yes, creators who use CurseForge will be allowed to accept your donations on Patreon etc.

Do creators have to join if they still want to make mods or CC?
No, creators are not required to join. Sims 4 will still have the old way to put mods/CC in your game.

Do I have to use this new thing?
No, Sims 4 will still have the old way to put mods/CC in your game.

If I don't want to use it but my favorite creator is there, do I have to use it? Or can creators post their mods and CC somewhere else too?
Yes, creators will be able to make their mods/CC available in multiple places.

Is this site safe for Simmers who don't want to be exposed to 18+ content?
Yes, there will be no 18+ content available via CurseForge. Content is checked against EA's rules on violence, nudity, etc.

Will this work like Steam mods and auto-update my mods?
Yes, mods will auto-update when the creator releases an update on CurseForge.

Will there be a way for me to find mods I want to delete?
Yes, there will be a mod management tool; it has thumbnails and a search function.

Will the tool get rid of broken mods?
Yes, the tool will remove broken mods. It will also detect and remove duplicates.

Is the mod management tool only for CurseForge mods?
No, the mod manager will not be only for your CurseForge-based mods. You will be able to see your other mods in it too. However, mods you get somewhere else won't auto-delete or auto-update.

Is this some new experiment I'd be part of?
No, the platform isn't a new experiment. It's widely used for Minecraft, World of Warcraft, and many other games.

Will Mac users get to use CurseForge too?
Yes, this option will be available on both Mac and PC... but not right away. The initial launch will be PC only. Mac users will get access later, probably early 2023.

Will you still do the Broken Mods thread on the Forums?
Ummmm... I'd like to not need to? I hope that eventually Sims 4 modding gets to the point that there's not enough need for my list to warrant the time it takes up. I'd like to see most content move to a more automated system. 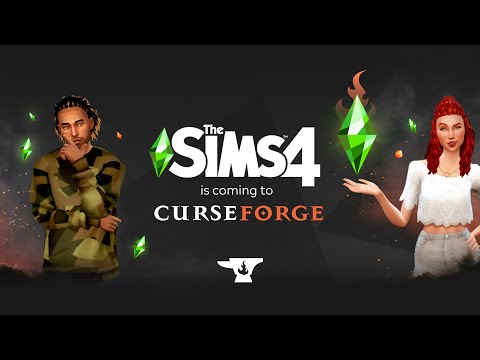 and the info on the main page at https://thesims4.curseforge.com/
and this EA post: https://www.ea.com/games/the-sims/the-sims-4/news/the-sims-4-collaborates-with-overwolf-to-make-user-generated-content

Post edited by luthienrising on October 20
Want to be notified of new Broken/Updated Mods/CC lists and new Info threads? Follow me at https://www.patreon.com/luthienrising
17