White
Sign In · Register
Home› Off Topic Chat
Never met your online BFF but want to? Share your story with us here for a chance to win an all-expenses paid, meet up with your BFF IRL.
The Sims 4 will be FREE to download across PC/Mac & Consoles on October 18! More info here: here
September 23rd- It's time for our Friday Highlights! You can check them out here! 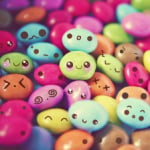 jellybelly_3 Posts: 48 Member
August 30 edited August 30 in Off Topic Chat
I know there are loads of mixed reviews regarding Paralives, but I'm excited about the release of the game (although there's no release date yet😅)!
While doing my research on Paralives, I've noticed a constant trend; people are comparing Paralives to the sims. When critiquing what footage is released by Paralives, people tend to give feedback based on what the sims already offer, don't offer, or what the sims just straight-up lack, which isn't fair!
Although a simulation game, Paralives is going to offer a different experience/feel than what the sims offer, why? BECAUSE THEY ARE TWO DIFFERENT GAMES! If Paralives comes out and is exactly like the sims, just better, giving players exactly with they're asking for, then you'll just have another sims game but a more thought-out sims game.
Another thing I see people having mixed feelings about is the design style. If I'm being honest I love the art style of Paralives. It gives me telltale game studio, life is strange, and untitled goose game vibes, which is why I'm obsessed! But I know it's not for everyone, which is valid.
Something to keep in mind: Paralives is still a work in progress. The footage that is released is not the final product, it's just to show the public, and sponsors, what they have so far. One of the reasons why I'm having a hard time grasping some reviews/comments about the game is because it's not even finished and some are shooting it down before it even has a chance😿😿
Overall, in my personal opinion, Paralives looks promising, and I will gladly purchase it, not because I want a better sims experience, but because Paralives, on its own, piques my interest, and I am a sucker for its animation style😊.
Even though I'll be playing Paralives, this does not mean I will be ditching the sims!
As stated above, both games will offer a different experience, and I'm looking forward to what Paralives has to offer!

I will love to hear what others think though!
Post edited by jellybelly_3 on August 30