Is this the place to ask for tech help with TS2? 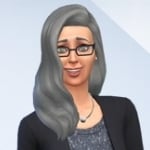 Rhiannon58 Posts: 806 Member
August 25 in The Sims 2
If not, please direct me to the correct place. I had played TS2 on my current computer last year some time. I was trying to do a YouTube video of gameplay for my channel and TS2 won't load. It tries to using the Pets .exe but it stops and says "It cannot load Mansion and Garden stuff" and the application crashes and terminates. I read somewhere to delete the two cache files. Tried that and the same result. I can't figure out how to reinstall.

I should note that it appears I have TWO copies installed on my computer. One on my C drive and one on the D drive. The one on the C drive had the two cache files I deleted. The one on the D drive doesn't have those files and it's the one my screen icon is directing to. I searched the entire directory and they aren't there. I'm not sure what to do.
0