First time modding and playing TS2. Any tips or recommendations? 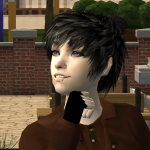 Vails Posts: 45 Member
August 22 edited August 22 in The Sims 2
This is probably one of those questions that gets asked pretty frequently, so I apologize if could've been solved with a simple Google search.
However, a lot of the resources/sites that appear are now years/decades old and I'm uncertain of the information and mods that are on them, due to their age. It was already a pain to get the game running on Windows 10, the last thing I want is some incompatible mod making the game unable to launch.

I have already installed the 4 GB patch, made the game recognize my graphics card, and limited the FPS to 60. Do I need to do the same things to bodyshop? I haven't experienced any graphical glitches in game so far (knock on wood) or any gameplay bugs, but I do have less than 6 hours of total of game time and I've only played TS2 in 15 minute intervals previously, so I could have easily brushed something off due to being a new player.

I've heard this game can be very easy to corrupt (game or neighborhood wise) if you're unfamiliar with the game mechanics or if you don't have certain mods installed. . Is there any mods in particular I should download or any in-game things I should avoid so I don't experience corruption? I already know never to delete tombstones, don't interact with NPCs outside of their purpose, don't remove default replacement skintones/hair colors without fixing the Sims data in simPE, move child gravestones to a public lot so NPCS don't come to your lot outside their dedicated purpose, ETC - but is there anything else I'm missing?

Secondly, is there a mod that syncs time & needs between all lots? The fact that isn't vanilla feature really bugs me

I understand this game is from 2004 so I can't be too harsh in regards to the games graphics. However - do you guys have any mods or tips on how to improve the overall looks of TS2? It's very rough around the edges compared to the later games in the franchise.

Thank you for any help or pointers!