White
Sign In · Register
Home› Feedback› The Sims 4 Ideas Corner
August 12th- It's time for our Friday Highlights! You can check them out here!

Updating packs? Can you add lots too? 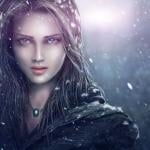 davina1221 Posts: 3,627 Member
July 14 in The Sims 4 Ideas Corner
They are updating some packs. Many of the worlds should've had more lots. Most should've had double the lots they came with even if they were left empty for us to fill. As they fix these packs, they should add more lots if at all possible.

How can one call it a world when it only has a couple lots as in Vampires for example. Love what you did, but there should've been several more lots even if they were empty.

1. Vampires and the magic world had next to no living spots.

2. A lot underwater for mermaids should've always been included. Finding stuff there like in the Sims 3, a cave, encountering sharks, ect.

3. The Go To Work place should've had more spots including one as close to 64x64 as possible for shops since we can make our own and many talk of making malls.

4. The farming world should've had at least two of the largest lots possible since those sheds take up a ridiculous amount of room and it takes a bunch of room to add the full garden with trees and a farm house. A few regular lots there would be nice also, but having a very large farm is impossible in that world if you want a really nice place with lots of animals and the full garden with all harvestables.

5. A few more houses at the bottom of the werewolve world would be nice and hopefully not mess up the vibe.

6. There needs to be more in Del Sol for shops and cele homes, perhaps another big one or two(meaning largest lots possible).

7. The free world could have a few more towards the middle. I've always meant to make that a shopping district ect. Would be nice if you all would add some lots there too. Maybe at least two more largest lots possible and around 5 other lots.

In my playing, this stands out the most to me. What else would you like or what do you agree about the ones I've listed? It would be nice while they're updating to add some more empty lots for us, but they won't if simmers don't speak up.