White
Sign In · Register
Home› The Sims (2000)
July 1st- It's time for our Friday Highlights! You can check them out here!
The Sims 4: High School Years EP launches July 28th! Click here to find out more!

Why old video game media should be preserved, like this game for future information. 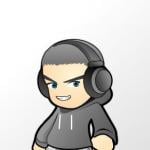 Dimon6579 Posts: 501 Member
June 22 edited June 22 in The Sims (2000)
Why should the sims 1 should be saved? Well, it is part of our culture of designing games and using this medium, we can explore how our culture evolved over time in games. Such games might include things that at the time were the normal, but could now be considered bad or inappropriate to do. By keeping info on the past, we can evolve to the future and keep our history alive. I am a fan of history, and losing any early digital games will cause issues in preserving our digital past. As a big fan of preserving video games, when i die, i plan to donate all my old nes and snes games to a video game preservation history society, something like this one:

I am very passionate about preserving older games, and i hope some of you consider this. As the world is now, most companies release their game, fix them with patches after awhile, then just don't care and drop them. We already lost some early history of video games, and that is quite sad. Luckily most times people dump alpha builds of old games on the web for preservation. For example, a alpha version of the sonic game was released awhile ago to show what changes sega did to the game.

It saddens me alot that MAXIS nor EA do not care about preserving their old games. We lost DARKSPORE because of the neglect of preserving games. If you never heard of DARKSPORE, it was a spinoff game made by ea about spore where you play online with other people and fight bosses. It was a always online game and this is why it was lost, and also, many companies do this and retire the online parts of games, and since some games are online permanently, this is how they are lost.

So what does this have to do with the sims 1? I consider it the first AI controller game made by will wright that allowed you to control "sims". Originally called dollhouse simulator, this changed alot of things about gaming in the late 1990's and early 2000's. If MAXIS or EA tends to preserve this game, i would not have this discussion on here. I feel that older games should be put into a collection, and be able to be freely used by anyone to experience our culture via digital media. By refusing to save it, it would be like we forgot all movies we made, or perhaps we do not honor certain people by just forgetting about them. AS part of our culture, i feel this game should be preserved for the future, at least in some kinda form. Peferably physical. Anyways, i wanted to know what other people think of preservation of video games like the sims 1.

NOTE: I Did in the past try to convince EA/MAXIS to preserve the game. I also found a mod to allow one to play it on windows 10 pc's. I hope i can still play my physical copy on windows 11 when im forced again when i buy a new pc to get that new os.

QUESTION: What is your opinion about saving our digital games for future generations for historical and cultural purposes? Do you agree with me or not? Please post constructive commensts only below. Thank you for reading and have a nice day.
A sims 4 player, but i mostly play on steam. I do not own sims 4 on steam, but thru origin. I play on few occasions sims 4.
2