White
Sign In · Register
Home› Off Topic Chat
June 24th- It's time for our Friday Highlights! You can check them out here!

What are you up to today? 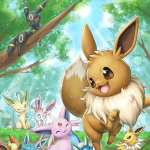 Renée09 Posts: 163 Member
June 17 in Off Topic Chat
I wanted to create a little thread where we can say what we're up to each day.

So today I had school which was no fun as usual lol but also it's like 32 degrees here! Soo hot I'm melting!

Worst bit is I'm playing tennis this evening and it's an important one. So not looking forward to that in the heat 🥺

I hope your days are great!
2