Is The Sims a social/role playing game, for you? 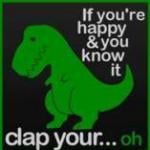 Kittenkiss Posts: 1,047 Member
September 2014 in The Sims 4 General Discussion
"If accurate, Mr. Pachter’s projected figure – a significant drop from previous Sims games – could be the result of sweeping changes in the way people play games since the last Sims game arrived five years ago. Many of the women who make up the bulk of the series’ audience now play easily accessible apps on mobile devices, and which cost far less than a $60 to $80 game tethered to a PC.

“Women are playing a lot of Candy Crush Saga, Kim Kardashian: Hollywood, and hundreds of other mobile and tablet games, as well as social games on Facebook,” explained Mr. Pachter. “[The Sims] is clearly a social/role-playing game, and its addressable market has been cannibalized by other social games.”"


Just wondering what fans might think. Did their marketing/whatever guy get it right?
0