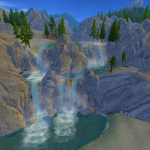 laydayway Posts: 259 Member
October 2017 in The Sims 3 General Discussion
Hi i was wondering a couple things about alien pregnancy 1st. i have my male sim and his romantic interest a male alien i have had them woohoo several time but as far as i can tell he isnt pregnant is there a way for me to check 2nd. the usual trick i use is to see if the females are allowed to go to university but i couldn't find anything on whether alien pregnancy affects university. Thanks in advanced.
0